On Ascension Thursday, 2001, our founding volunteer made a promise to Our Lady “to bring ten good Catholic American women” to serve at Lourdes… Waiting in line for four days with two sick women attempting to enter the Piscines (baths) at Lourdes, the housewife forfeited her place to provide another pilgrim the life-changing opportunity she herself had been blessed with the previous year. Begging for entrance, the housewife was requested to “bathe the sick and dying in promise those she loved would come in…” All Piscine volunteers kiss the ground at the beginning of each shift after praying the Rosary in preparation to serve. After the profound privilege of assisting in the baths that day, “the American housewife pulled from the queue” was inspired while kissing the floor to promise Our Lady to return the next year with the 10 volunteers.

As promised, almost exactly one year later, the first group of American volunteers arrived in Lourdes to serve the sick and dying: ten lay women, one lay man and a Canadian priest, making the name “North American Volunteers.” It was an exhausting and rewarding first week of service. During this week, the Hospitalité President invited the first volunteer to bring more Americans. Of the 8,000 volunteers that served the pilgrims at Lourdes in 2002, only about 10% were from the combined English-speaking countries of the United Kingdom. Yet, about half of the six million who made pilgrimage to Lourdes each year spoke English as a first or second language. Volunteers traveling together as a family encourage the service opportunity and help defray the cost by sharing group expenses. 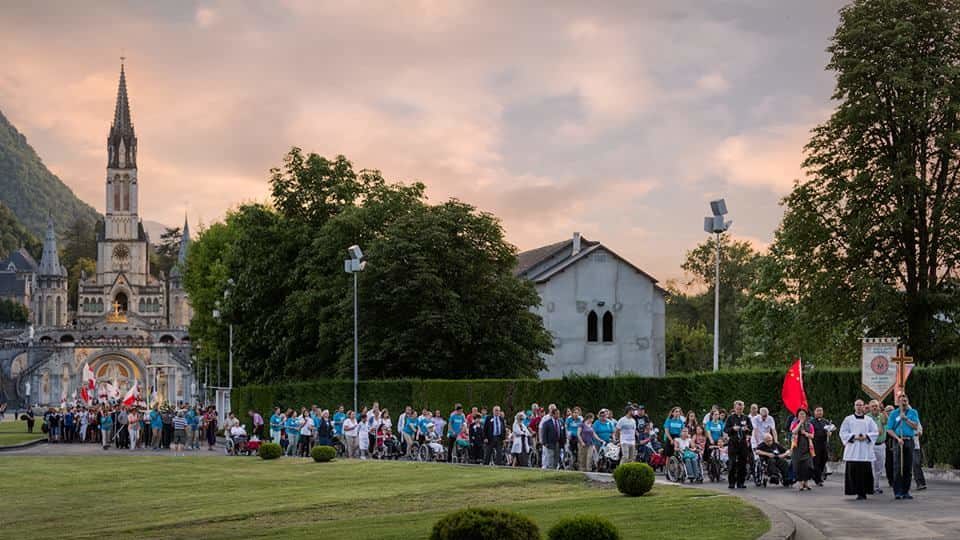