Lourdes is a small town nestled in the Pyrenees Mountains in southern France near the border of Spain. An interesting and colorful history makes for the setting of the story of Lourdes. The fortress perched high above the town and the River Gave was built by the Romans about the time of Christ and was later taken by the Turks whose leader was miraculously converted proclaiming surrender to the Queen of Heaven to Charlemagne.

For the following thousand years the area remained under the protection of the Virgin when the Mother of Christ appeared in Lourdes to confirm Her Immaculate Conception to a humble young shepherdess, Bernadette Soubirous, in 1858.

For More Information about Lourdes

Today Lourdes receives over six million pilgrims every year from all over the world. This little city of miracles is mostly dormant in the winter season, although pilgrims travel to bathe in the Grotto year round and the Sanctuaries remains open every day of the year to receive each person making a pilgrimage.

For more about Lourdes, please visit these official sites. 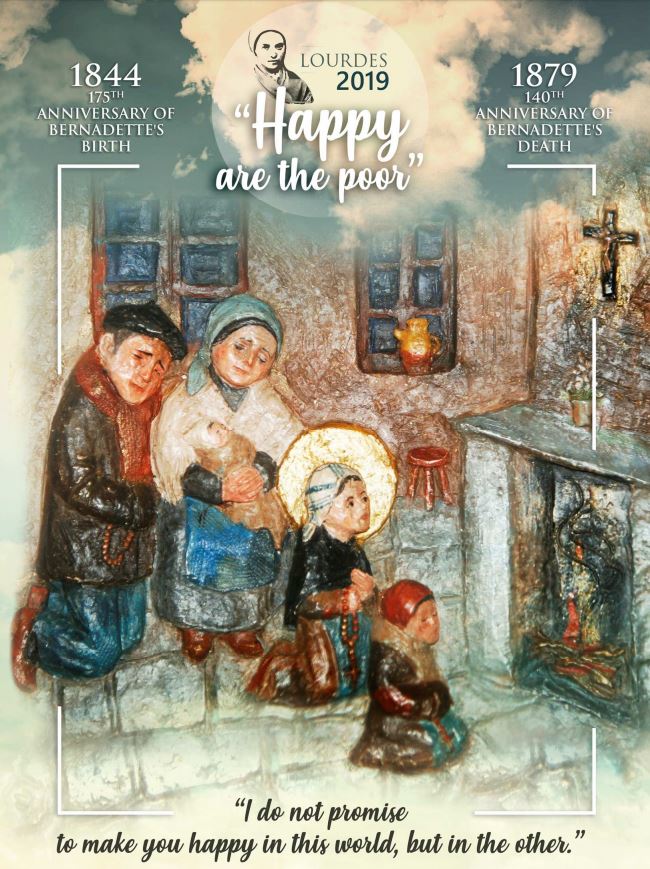 “I do not promise to make you happy in this world, but in the other.” – Virgin Mary

Being poor is not appealing, all those who are poor share that opinion. It is understandable; nobody likes to be poor. What is appealing however is to possess the Kingdom of Heaven. But only the poor may enjoy that privilege (Madeleine Delbrêl, The joy of believing).

The events in Lourdes took place 160 years ago this year. But, like the Gospel, which itself is less than 2000 years old, they are as relevant today as ever. They beckon us on to a place we have not yet reached. We need to open our hearts to the Good News, to become the contemporaries of the Gospel today.God approaches ever closer, the Kingdom of Heaven is in our midst. 2018 will be perhaps an opportunity for us to return to the roots of these events, to Mary and to Bernadette. The hubbub we experience in our own hectic lives, in our anxieties and in our concerns, blocks out the words of eternal love that passed in the silent encounter between these two young women. 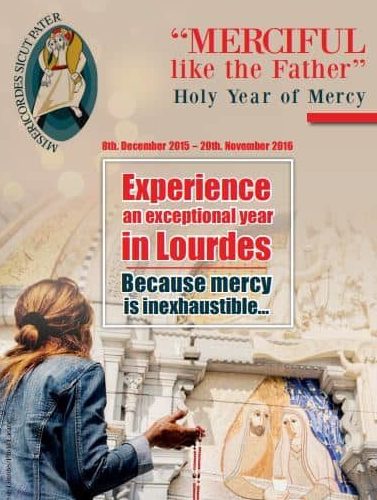 There are special places in the world where grace is at work. Ever since the Virgin Mary appeared to St. Bernadette, millions of pilgrims have experienced it: the Sanctuary of Lourdes is the heart of God’s mercy. The presence of the sick or disabled, members of the hospitality and pilgrims from around the world is its the symbol. They all come here to look for something they will not find elsewhere: God’s forgiveness and grace, the tenderness of Mary, love, consideration and joy. The Jubilee of Mercy in Lourdes is an opportunity for millions of pilgrims to find faith and hope, and, by serving others, to find a deeper meaning to their lives.he events in Lourdes took place 160 years ago